We would like to offer our sincere support to anyone coping with grief. Enter your email below for our complimentary daily grief messages. Messages run for up to one year and you can stop at any time. Your email will not be used for any other purpose.

Share a memory
Obituary & Services
Tribute Wall
Read more about the life story of Michael "Mike" and share your memory.

After graduation from Gordon Tech Highschool in 1971, Mike went on to work and later retire from the Sheet Metal Workers' Local Union 73.

Mike met and married his soulmate, Cheryl (nee Schelberger) Nowaczek on December 15, 1984. Shortly after they welcomed their first child together, Donald. Ten years later, they were blessed with their daughter, Donna.

Mike is survived by his wife, Cheryl Nowaczek; their children, Donald and Donna; brother, Steven Nowaczek; and many brothers-in-law, sisters-in-law, nieces, and nephews.

Mike was a calming presence to all those around him. Anyone that knew him, knew Mike absolutely loved his golf.  If he wasn't playing on Sundays with his son and brother-in-law, he was watching it on TV everyday of the week. He loved sports, especially his Chicago teams.

He will be missed by his very large family, and his many friends.

A celebration of Mike's life will be held privately.

To send flowers to the family or plant a tree in memory of Michael "Mike" Nowaczek, please visit our floral store. 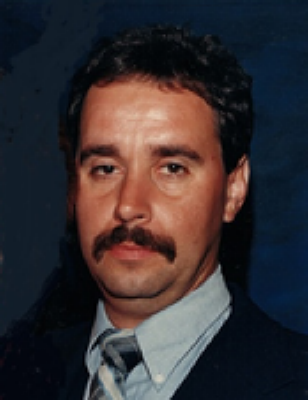 In Loving Memory Of

Look inside to read what others
have shared
Family and friends are coming together online to create a special keepsake. Every memory left on the online obituary will be automatically included in the book.

In Loving Memory Of

Look inside to read what others have shared

Family and friends are coming together online to create a special keepsake. Every memory left on the online obituary will be automatically included in the book.

You can still show your support by sending flowers directly to the family, or by planting a memorial tree in the memory of Michael "Mike" Nowaczek
SHARE OBITUARY
© 2023 Hamsher Lakeside Funerals & Cremations. All Rights Reserved. Funeral Home website by CFS & TA | Terms of Use | Privacy Policy | Accessibility